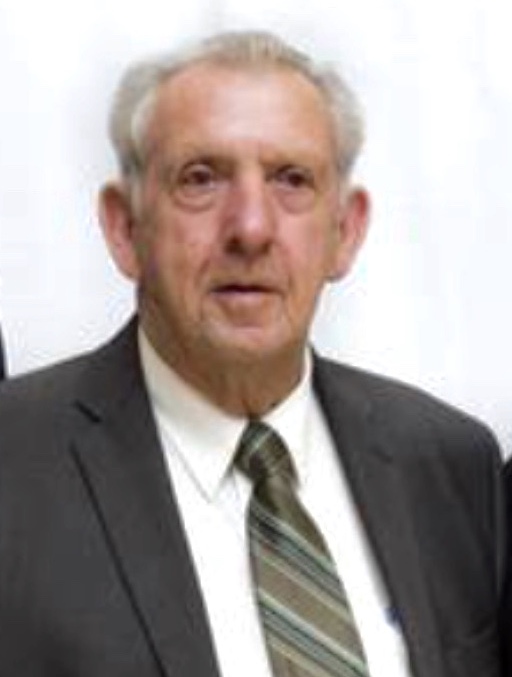 BOUDREAU, Charles Herman 77 -of Arichat It is with broken hearts and great sadness that we, the family of Charles (Herman) Boudreau, announce the passing of our husband, father, grandfather, great grandfather, brother, uncle and friend to many on February 11, 2020 at home in Arichat. Born February 18, 1942 in Arichat, he was the son of the late Hyacinth and Clara (Samson) Boudreau. Herman attended school in Little Anse and eventually made his way to work in Massachusetts, where he met and married the love of his life, Norma Elizabeth (Hussey) Boudreau. Herman obtained his Funeral Directors License in 1971, and his Embalmers License in 1993. Returning to Nova Scotia in 1971, Herman and Norma acquired the Funeral Home and Ambulance Service from his brother Gordon, the former Chez Gordon Funeral Home Ltd., renaming it C. H. Boudreau Funeral Home Limited in 1975. Alongside his wife Norma, Herman received the prestigious Jack Hartery Memorial Lifetime Achievement in Business Award in 2018 from the Strait Area Chamber of Commerce. The award honoured C. H. Boudreau Funeral Home for being the best in business for over four decades. Being a long-standing member of the Chamber, Herman considered receiving this award a privilege. Herman was a quiet, thoughtful soul who used fewer words than most, but was phenomenal with his quick and witty comments. He was always there to help others, offer advice or give direction. He loved playing poker and would never ever dream of an excuse as to why he could not attend a game with his family and friends. Herman was a member of the former Funeral Directors Association of Nova Scotia, now named the Funeral Service Association of Nova Scotia for over 48 years. He was a member of the Royal Canadian Legion, Branch 150 in Arichat, a 25-year member of the Board of Directors of InRich. He was a lifetime member of the Knights of Columbus, Local 4607, and was on the Board of Directors of 235 Arrow Sea Cadets when it was founded. He is survived by his wife of 56 years, Norma, sons Chuck (Alana Paon), Kevin (Noreen), both of Arichat; grandchildren Kyle (Grace Starkey), West Arichat, Ashley Clorey, Arichat, Charcy Marchand (Brandon), Halifax; great grandchildren Eli and Elayna Clorey (Preston), Arichat; siblings Delia White , Massachusetts, Delima (Elmer) Scanlan, Whiteside, Claire (Hubert) Doyle, Lochside; brother David (Donna), Whiteside; brother-in-law Clem Landry, Little Anse; sister-in-law Idella Boudreau, Petit de Grat also several nieces and nephews. Besides his parents, Herman was predeceased by his sisters Evelyn Gotell, Isabelle Landry; brothers Russell and Gordon; brother-in-laws Joe Gotell and George White; sister in law Lucy Boudreau. Cremation has taken place. The family invites you to celebrate the life of Herman at C.H. Boudreau Funeral Home in Arichat on Thursday, February 20th from 7-9pm, Friday, February 21st 2-4pm and 7-9pm. Funeral Mass will take place on Saturday, February 22nd at 11am at Our Lady of Assumption Church in Arichat with Rev. Michel Exalant presiding. Following the Funeral Mass, a reception will be held at the Royal Canadian Legion, Branch 150 in Arichat. Memorial donations can be made to the Strait Richmond Palliative Care Society or to the Pay It Forward – Angel Fund. A sincere thank you to Dr. Cooper, nurses and staff of Strait Richmond Palliative Care, Richmond County Continuing Care and EHS (especially Rod and Lynn) for their exceptional services. To everyone who supported our family in anyway, your thoughtfulness will never be forgotten. A special thank you is extended to Bettina Johnson and Grace Starkey for the compassionate care given to our Papa during the end of his journey. Arrangements are under the care and direction of C.H. Boudreau Funeral Home Ltd. in Arichat. To send words of comfort to the family, please visit www.chboudreau.com “Life’s Work, Well Done”