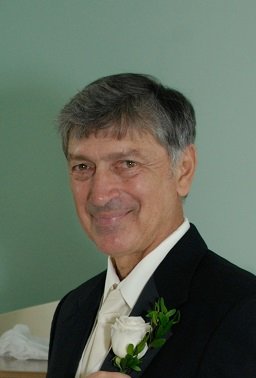 It is with heavy hearts that we the family, announce the passing of our dear father, husband, grandfather, great grandfather and brother, Ulysse John Doiron, who passed away peacefully at home in Grand Anse surrounded by his loving family after a short but courageous battle with cancer at the age of 71 years. Born in Arichat, November 24, 1947, he was the son of the late Wallace and Evangeline (Paupin) Doiron.

Ulysse was the proud owner/proprietor of The Circle D Ranch and took his last ride into the sunset on June 10. Anyone who had the privilege of knowing him walked away with a smile and usually a chuckle from a witty comment. He enjoyed a good cup of tea and a sweet. There wasn't a horse he met he didn't like. He loved farming, gardening and spending time with his family.
Ulysse had a way of making you feel like part of the family even if he just met you.

Ulysse was employed with VIA Rail for over 34 and a half years. He also worked at the Greenhouse Co-op in St. Peter’s for eight seasons. He will be missed by his little chicks very much as they called him the “Old Rooster”

Ulysse is survived by his loving wife of 40 years Helma, daughter Naomi (Dan), son Joey (Carrie), He will be deeply missed by his grandchildren who he adored with all his heart, Madyson, Kayden, Jock, Isaiah; great grandchildren Lillian, Rosalie, and Carter; sister Sheila (Danny), brothers Jerry (Anne) and Stanley, and of course his best friend of over 30 years Arthur Samson.

Besides his parents, Ulysse is predeceased by his son Wallace; god son and nephew Shane Tyrrell and his nephew Sheldon Benoit; brother in laws Bobby Benoit, Orville Gullickson, and Gary Gullickson. Also, his sister in law Claudette Watio.

Visitation will be held in the River Bourgeois Visitation Parlour in River Bourgeois on Friday, June 14th, 2019 from 2 – 9 p.m. Funeral Mass to Celebrate the Life of Ulysse will be held Saturday morning June 15th, 2019 in Our Lady of Assumption Church in Arichat at 11 a.m. with Rev. Michel Exalant presiding. Burial to follow in the Immaculate Conception Cemetery in West Arichat. Memorial donations can be made to the Strait Richmond Palliative Care Society or to the charity of one’s choice. A reception will be held following the committal in the Acadiaville Hall in West Arichat.

Funeral arrangements are entrusted to C.H. Boudreau Funeral Home Ltd. in Arichat. To send words of comfort to the family or to light a candle in memory of Ulysse, please visit www.chboudreau.com

He will be forever riding with number one horse Patty