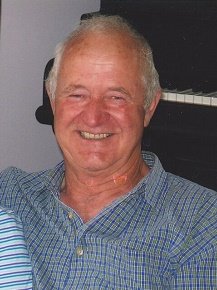 Please share a memory of Michael Joachim to include in a keepsake book for family and friends.
View Tribute Book
November 23, 1938- January 27, 2020 Michael Joachim Owens, 81, formally of River Bourgeois, passed away peacefully surrounded by his loving family and is now free from his battles with Dementia and Parkinson’s Disease. Michael was the son of the late William Thomas (Bill) Owens and Aliane (Lillian) Owens (Daigle). They relocated from New Brunswick to run the Lindloff Fish Hatchery in Oban where Michael was born and raised in a tight-knit, large family. Michael sailed the St. Lawrence Seaway on the Texaco oil tankers Warrior and Chief where he earned the rank of 1st Mate. After many years, “Michael Rowed The Boat Ashore” for a land job. He was a 1st Class Stationary Engineer at the Gulf Oil Refinery in Point Tupper where he left as Chief when the Refinery closed. Michael finished his career at the Breton Petroleum Ultramar Bulk plant in Port Hawkesbury. Other than a short time in Montreal and Dartmouth, Michael and his wife Joan, spent most of their life in River Bourgeois before moving to St. Peter’s in 2013. The dedication and love they shared had such an impact that it will live on in everyone lucky enough to be a witness to their relationship. They were best friends and he often sang her the Don Williams song “You’re My Best Friend”. Michael had a strong faith and was a dedication to his Parish which included playing in the choir. He could be found sharing his musical talents by singing, playing guitar and harmonica. He loved fishing, the camp, butterscotch ice-cream and was known for his great sense of humour. Most of all, he loved his family. Michael had a gift for helping others and an ability to recognize and give guidance and support to those who had struggles in life. With his wife Joan, they fostered youth, opened their home to a refugee family, hosted foreign exchange students and presented accommodations to many a weary traveller. He is survived by his wife Joan (Bona) of 59 years, 5 children; Tim Owens (Marsha) Langley, BC, Bernadette Palmer (Charlie) Waverley NS, Richard Owens (Bertha) Lantz, NS, Pamela Sampson (Gerard) River Bourgeois, NS and Wendy Abbott, St. Peter’s. Grandchildren Holly, Leah, Deanna, Grant, Jeremy, Dylan, Taylor, Haley and Cailley; Great-Granddaughter Genevieve. Siblings: Ann, Billy, Aunt Elaine, Margie, Ethel, Gert, Joyce, Gregory, Paul, Marlene and Vincent; mother-in-law Mary Bona, Numerous nieces and nephews. Besides his parents, Michael was predeceased by his grandson Jordan Owens, Son-in-law Mike Abbott, Brothers Eddie and Lionel. The family would like to extend their thanks for the care given by the nurses and staff of both the Port Hawkesbury Nursing Home and The Richmond Villa, St. Peter’s. In lieu of flowers, donations may be made to The Richmond Villa Recreation Department in recognition of the supreme care received, not only to Michael but to the entire family during visits and his final days. Visitation at the River Bourgeois funeral home Friday, January 31st 2-4 and 7-9. Funeral February 1st 11 am, St. John the Baptist Church River Bourgeois, reception to follow at the Tara Lynne Centre. “He would have literally walked a mile on broken glass for all of us (if it wasn’t so dangerous)” – The Kids
Friday
31
January

Look inside to read what others have shared
Family and friends are coming together online to create a special keepsake. Every memory left on the online obituary will be automatically included in this book.
View Tribute Book
Share Your Memory of
Michael Joachim
Upload Your Memory View All Memories
Be the first to upload a memory!
Share A Memory
Plant a Tree