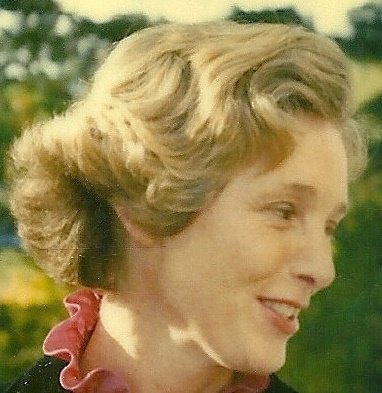 Please share a memory of Vivian Diane to include in a keepsake book for family and friends.
View Tribute Book
It is with saddened hearts that we announce the death of Vivian Diane Keerd Of Arichat, formerly of Pondville, that occurred at her residence in St. Anne Cente in Arichat on May 27, 2020, at the age of 80 years. Born in Pondville on January 5, 1940, she was the daughter of the late Linwood and Florence (Dunphy) Latimer. Vivian lived in Pondville until her father's carpentry work took the family to Sydney. In 1952, the family moved to America so that Linwood could find work. They settled in Watertown, MA where Linwood built their home. Vivian graduated with honours from the Watertown High School in 1957 and from Boston University with a major in geology. She soon found work as a teacher of high school; earth science. While at Boston University, Vivian met Eino Keerd and they married on September 12, 1962. They moved to Ithaca, NY, where Eino finished his MBA. Vivian continued teaching high school where their first daughter was born. They had two more daughters and then settled in Weston, MA. She was an avid tennis player and a birder with over 800 species sightings. She coached soccer and served as the chairperson of the Weston Recreation Commission. Vivian regained her Canadian Citizenship and spent her final years in Pondville. She is survived by her husband Eino; daughters Miika, Kirsti and Kaja; grandchildren Tallin, Kai, and Heath. Cremation has taken place. There will be no visitation or funeral service per request. A graveside service will be held at a later date in St. John Anglican Cemetery in Arichat. Memorial donations can be made to Friends of St. John's Arichat Society PO Box 119, Arichat, NS B0E 1A0 To send words of comfort to the family or to light a candle in memory of Vivian please visit www.chboudreau.com Funeral arrangements are entrusted to C.H. Boudreau Funeral Home, Arichat.

A Memorial Tree was planted for Vivian Diane
We are deeply sorry for your loss ~ the staff at C.H. Boudreau Funeral Home
Join in honoring their life - plant a memorial tree
Online Memory & Photo Sharing Event
Online Event
About this Event

Look inside to read what others have shared
Family and friends are coming together online to create a special keepsake. Every memory left on the online obituary will be automatically included in this book.
View Tribute Book
Share Your Memory of
Vivian Diane
Upload Your Memory View All Memories
Be the first to upload a memory!
Share A Memory
Plant a Tree