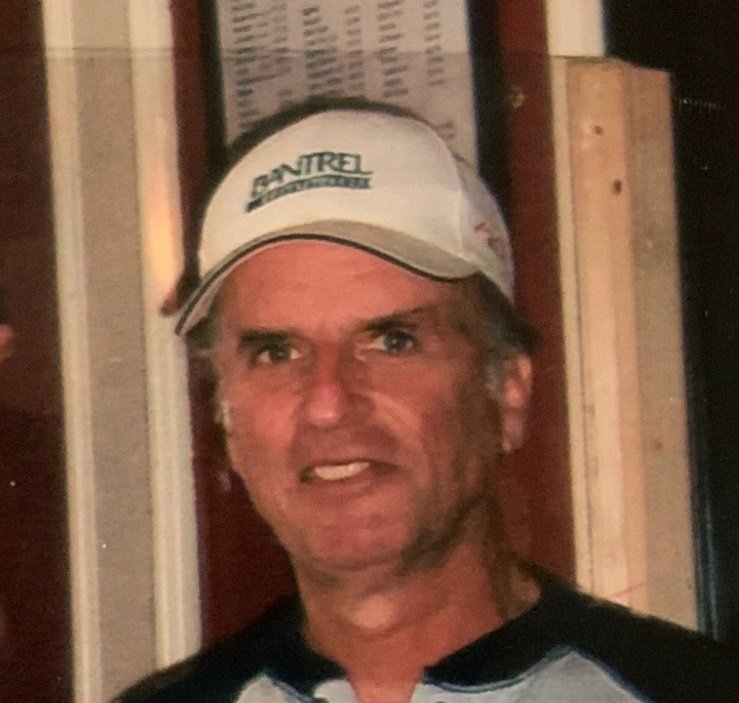 Please share a memory of Richard William to include in a keepsake book for family and friends.
View Tribute Book
It is with great sadness that we announce the sudden passing of Richard William Fougere, age 70 of Poulamon, that occurred at St. Martha’s Regional Hospital in Antigonish on June 11, 2020. Born September 25, 1949 in Halifax, he was the son of the late William and Mary Ella (Fougere) Fougere. He was a former employee of the Edmonton Pipe Industry and Suncor. He was also a member of Local 488 U.A. Rick was a kind and loving person who loved to socialize. He loved the outdoors, walking, biking and going to the gym. He loved and adored all his grandchildren who will miss him dearly. Richard had a special love for dogs. He will be sadly missed by his daughter, Karen Taylor (Warren), Gander, NL; step son, Jason MacDonald (Shannon), Stellarton; grandchildren, Sierra and Morgan Taylor, Sadie and Aubrey York-Fougere; step grandchildren, Findlay and Caislyn MacDonald; nieces, Kimberly Fougere and Nadine Fougere-Baker; sister in law Carol Fougere. Besides his parents, Richard was predeceased by his son, Michael Richard Fougere; brother, Gary Raymond Fougere. Cremation has taken place. Grave side service will be held in St. Hyacinth Cemetery in D’Escousse on Tuesday, June 23, 2020 at 11am with Rev. Michel Exalant presiding. Memorial donations can be made to the charity of one’s choice. Funeral arrangements are entrusted to C. H. Boudreau Funeral Home Limited in Arichat. To send words of comfort to the family or to light a candle in memory of Richard, please visit www.chboudreau.

A Memorial Tree was planted for Richard William
We are deeply sorry for your loss ~ the staff at C.H. Boudreau Funeral Home
Join in honoring their life - plant a memorial tree
Online Memory & Photo Sharing Event
Online Event
About this Event

Look inside to read what others have shared
Family and friends are coming together online to create a special keepsake. Every memory left on the online obituary will be automatically included in this book.
View Tribute Book
Share Your Memory of
Richard William
Upload Your Memory View All Memories
Be the first to upload a memory!
Share A Memory
Plant a Tree