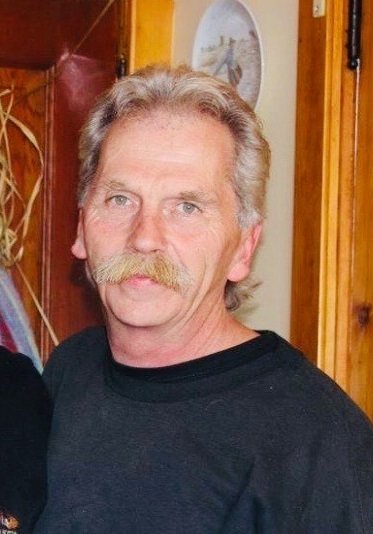 Please share a memory of Michael Shawn to include in a keepsake book for family and friends.
View Tribute Book
Hyland, Michael Shawn Age 63 of Arichat, Nova Scotia. It is with heavy hearts that we announce the sudden passing of Michael, our loving father, grandfather, brother, and uncle. Michael passed away peacefully at home on July 7th, 2020, surrounded by family. Born October 11th, 1956 in Halifax, he was the son of Anita (Boudreau) Boucher. A kind, mild-mannered gentleman, who was meticulous by nature, sought perfection in any task he took on, was always quick to make friends with his wonderful sense of humour, and was loved by many. From an early age, he fell in love with music, which became a large influence in his life and he could often be found playing in a band with his brother Frederick, friends Nick, Marcel, and Claude. His other passion was cars, whether it was Doug’s '34 Ford, Alan’s '71 Chevelle SS, Shane’s '51 Chevrolet, or Zachary’s Camaro ZL1, he loved going for drives, talking about cars, and reminiscing about his baby blue Volkswagen bug. But most importantly he loved his family; he was a devoted son who adored his mother and gave her the absolute best care in her later years. He loved having visits with his son and granddaughter, of whom he was beyond proud and who were his world. Michael is survived by his son Zachary (Jessica) Fort McMurray, AB; granddaughter Lily; siblings Alan (Charlotte) Nipawin SK, Wayne (Caron) Halifax, Debbie, Lower Sackville, and Frederick (Cecile) Arichat, as well as many nieces and nephews. Michael was predeceased by his mother Anita Boucher, maternal grandparents Simon & Caroline Boudreau, and brother-in-law Douglas MacDonald. A special thank you to Dr Macneil, Richmond County VON, Strait Richmond Palliative care nurse, as well as Fredrick and Cecile for giving Michael exceptional care in his time of need. Memorial donations can be made to the Strait Richmond palliative care unit. Due to COVID-19 restrictions, a celebration of life will be held at a later date.

A Memorial Tree was planted for Michael Shawn
We are deeply sorry for your loss ~ the staff at C.H. Boudreau Funeral Home
Join in honoring their life - plant a memorial tree
Online Memory & Photo Sharing Event
Online Event
About this Event

Look inside to read what others have shared
Family and friends are coming together online to create a special keepsake. Every memory left on the online obituary will be automatically included in this book.
View Tribute Book
Share Your Memory of
Michael Shawn
Upload Your Memory View All Memories
Be the first to upload a memory!
Share A Memory
Plant a Tree