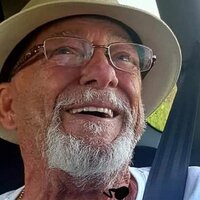 Please share a memory of James Jim Francis to include in a keepsake book for family and friends.
View Tribute Book
James (Jim) Francis Bowden Send a Card Show Your Sympathy to the Family BOWDEN, James (Jim) Francis Feb. 8, 1934 – Oct. 6, 2021 The family of Jim Bowden of Louisdale and Dartmouth, N.S, announce with love and sadness his peaceful passing at Northwood Manor in Halifax, at age 87, with his children by his side. He was predeceased by his wife Lorraine (LeLièvre), parents Edward and Margaret (Muise), brothers Henry Muise, Edward (Theresa), Gerald (Betty), and Jack (Jessie) Bowden, and sisters Shirley Huegel and Linda Wiseman. He is survived by sisters Joan Butler and Mary Bowden, brothers Joey (Jeanette) and Danny (Donna) Bowden, and by his sons Jimmy (Sue) of Louisdale, NS; Johnnie (Beverley) of Yellowknife, NWT; and Robert of Sydney, NS; and daughters Rose-Marie (Keith) Manuel of Mount Pearl, NL; and Lisa (Dan) Bedell of Dartmouth, NS. He was a beloved Papa to grandchildren Dionne, Billy, Tanya, and Allan, Jeffrey, Michael and Rachel, Misty and Napoleon, Vanessa, Nicholas and James, and Dorion; and great-grandchildren Leah, Xavier and Elliott, Ashlyn, Eli and Savannah, Jackson, Owen and Dalyn, Charlotte and Gallagher, Emma and Zoey, and Felicity. He is also survived by sister-in-law Hélène Burns of Louisdale, NS; daughter-in-law Patricia Bowden of Port Hawkesbury, as well as many nieces, nephews, and extended family, and close friends Cathy Ashe and Jimmy Terrio. In childhood, he attended St. Mary’s School in Halifax and was a member of the 6th Halifax Boy Scout Troop, wherein his adult years would later volunteer as Scoutmaster. Jim served as an army reservist with the 1st (Halifax) Regiment, RCA, in 1950 and then enlisted in the regular force with the Royal Canadian Engineers from 1951-54, assigned to the 23rd and 57th Field Engineer Squadrons and 1 Road Maintenance Company, whose grueling mission at the height of global tensions during the Korean War and onset of the Cold War was to urgently upgrade the road and bridges of the Alaska Highway through northern BC and the Yukon. Jim then worked as an ambulance attendant at the Victoria General Hospital for three years before training as an engraver, learning from master engraver and jeweler Orland Myers of Halifax, whom he would under-study and work within the late 1950s. He recalled being sent to the reviewing stand of biannual Marblehead, Mass., to Halifax yacht races, so as soon as winners were declared, he could dash back to the shop and engrave trophies so they’d be ready for presentation within hours. Jim completed vocational training as a watchmaker at the Nova Scotia Institute of Technology, and in a career spanning more than 50 years, would master the arts of making or repairing jewelry and watches, diamond setting and goldsmithing as well his specialty of hand-engraving in gold, earning him the nickname the Man with the Golden Touch. He moved with his family to Louisdale, NS, in 1961 and would later help establish and co-own Cameo Jewellers in Port Hawkesbury. He also did custom hand-engraving and other specialized work for jewelry stores throughout the Atlantic provinces and national chains like Burkes, and into the 1990s moved with Lorraine to Yellowknife, NWT, to enjoy time with family and also spent the next decade with Eldonn Jewellery, where he also mentored several apprentices. Jim was a past member of the Atlantic Provinces Jewellers Association, which presented him with a 25-year recognition certificate. Among favorite works were hand-engraved silver trays that the Royal Nova Scotia Yacht Squadron presented to Queen Elizabeth II during a Royal visit to Halifax in 1959; a 20-inch sterling silver model of the schooner Bluenose commissioned by the former Maritime Life Insurance Co.; engraving the crests of all 27 Royal Canadian Navy warships on a silver platter presented to Rear-Admiral Richard Landymore on his retirement; and hand-engraving scenes of Port Hawkesbury on cufflinks presented to former prime minister John Turner. His most prized work was an intricately hand-engraved gold pendant he crafted for his wife Lorraine to celebrate her graduation from the Nova Scotia Teachers College. He was a charter member of the Louisdale Lions Club and was a former member of Royal Canadian Legion Branch 47 in Grand-Anse. During his years in the NWT, Jim volunteered with the Yellowknife Search and Rescue Association. He was also proud to have made more than 100 blood donations over several decades. Jim’s children are eternally grateful to the staff of Northwood Manor, 6 Centre, who treated him with professionalism, kindness, and humour, managing his Alzheimer’s throughout a two-year stay that coincided with the extreme challenges of the COVID-19 pandemic. Cremation has taken place. Visitation will take place at the Glen Sampson memorial room of St. Louis Church in Louisdale, NS, from 6-8 p.m. on Wednesday, Oct. 13, and 2-4 p.m. on Thursday, Oct. 14, after which the family will participate in the Rite of Committal and burial next to Lorraine in St. Louis cemetery. Please note that for compliance with Nova Scotia’s COVID-19 public health regulations, proof of double vaccination and a picture ID must be shown to attend the visitation or funeral. If considering a donation in Jim’s memory, preferred charities include the Northwood Foundation, Alzheimer Society of Nova Scotia or Canadian Red Cross.
Wednesday
13
October

Look inside to read what others have shared
Family and friends are coming together online to create a special keepsake. Every memory left on the online obituary will be automatically included in this book.
View Tribute Book
Share Your Memory of
James Jim Francis
Upload Your Memory View All Memories
Be the first to upload a memory!
Share A Memory
Plant a Tree