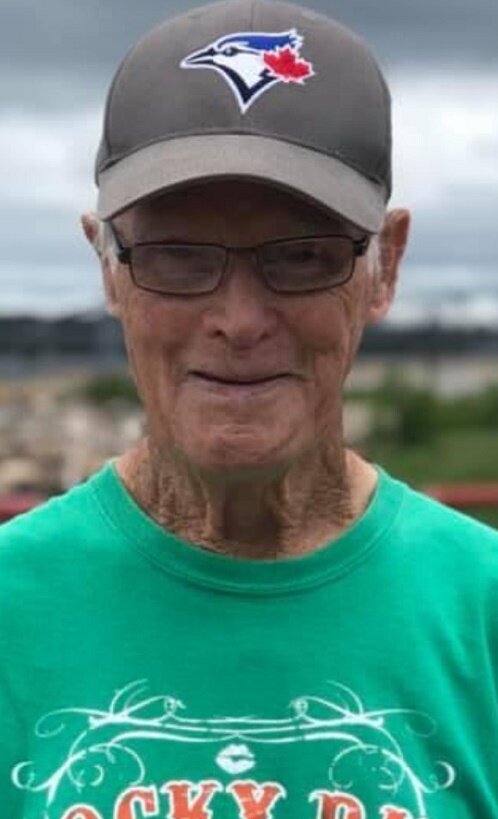 Please share a memory of Hugh Joseph to include in a keepsake book for family and friends.
View Tribute Book
It is with deep sadness and broken hearts that we announce the passing of our dad, grandfather, brother, uncle, and friend Hugh Joseph MacLean on October 10, 2021, at his home in Rocky Bay, at the age of 89 years. Born July 30, 1932, in Donkin, NS, he was the son of the late Angus and Margaret (Griffin) MacLean. Hughie was a founding member of the Rocky Bay Hall and outside skating rink. Here, he was able to show off his hockey talents. Unfortunately, none of his children inherited these skills. He was a gentle, fun-loving man who participated in many sports: hockey, ball, fishing, and others. Although he was competitive, he was always a good sport whether he won or lost. He was an accomplished dart player with many trophies to attest to his abilities: he showed amateurs many times how to throw 180. Later in his life, he lived for cards and was often seen at many local halls and played cribbage at the Royal Canadian Legion Branch 150 in Arichat, where he was a member. He liked almost everyone and almost everyone liked him. Hughie can be summed up with five words. “He was a good man.” He will be greatly missed. He is survived by his daughter, Gail Boudreau (Keith), Lochside; sons, Robert “Robbie” (Lisa), West Arichat and Paul (Sarah), Arichat; granddaughter's, Keely and Becca and their mother Liz; grandson's, Alex, Liam, Stewart, and Cameron; sisters, Rose Vair, Brampton, ON, Florence Webb, and Agnes Harpell, both of Sydney. He was predeceased by his parents, his wife Marion (Bowen); sisters, Susan, Mary, and Julie; brothers, John, Angus and William in infancy. Cremation has taken place. There will be no visitation per request. Funeral Mass to Celebrate the Life of Hughie will be held Saturday morning, October 16th at 11 am at Our Lady of Assumption Church, Arichat with Rev. John DeCoste officiating. A private family burial in St. Hyacinth Cemetery, D’Escousse at a later date. Memorial donations can be made to the Strait Richmond Palliative Care Society. Funeral arrangements are entrusted to C.H. Boudreau Funeral Home Ltd., Arichat. To send words of comfort to the family, please visit, www.chboudreau.com
Saturday
16
October

Look inside to read what others have shared
Family and friends are coming together online to create a special keepsake. Every memory left on the online obituary will be automatically included in this book.
View Tribute Book
Share Your Memory of
Hugh Joseph
Upload Your Memory View All Memories
Be the first to upload a memory!
Share A Memory
Plant a Tree