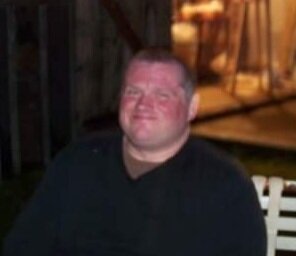 Please share a memory of Gerald Francis to include in a keepsake book for family and friends.
View Tribute Book
It is with heavy hearts that we announce the sudden passing, of Gerald Francis Wadden; that occurred on Sunday March 6, 2022 at his mother’s home in Janvrin’s Island Richmond County. Gerald (Jerry)Wadden was the son of Theresa (Gevee) Wadden Boudreau, and the late Gerald L Wadden in Glace Bay Nova Scotia. Jerry graduated from Isle Madame District High School in Arichat Nova Scotia in 1990, then studied and graduated from Nova Scotia Community College Strait Campus in 1993 with a certificate in Intermediate Industrial and Inventory Control. He spent most of his adult life working in factories in Ontario, but decided to move back home in 2019. He was known to all as a quiet guy, “a gentle giant” with a huge smile and a hearty laugh that was infectious. He had many interests some of which were his love of Marvel Comic Books,( he collected all that he could), 80’s Rock bands, and facebook where he spent many hours connecting with family and friends. Surviving are his mother Theresa (Gevee) Wadden Boudreau, brothers Earl Wadden British Columbia, Zane MacKinnon (Allison) Port Hawkesbury, sisters Kerise Collier (David) Port Hawkesbury, Penny MacKinnon Halifax, and Rebecca Sponagle (Chad) Halifax. One niece and 7 nephews, aunts, uncles, and many cousins, all of whom will miss him, but his two sweet great nieces Bradley and Logan will miss “uncle” drawing pictures and spending time with them. He loved his family, and home in Cape Breton is where his heart was. Predeceased are his father Gerald L Wadden, and his step-father Henry Boudreau who nicknamed Jerry “Captain G”. Cremation has taken place. There will be no visitation, or service. A small celebration of life will take place this summer. Memorial donations can be made to the Heart and Stroke Foundation Nova Scotia. Arrangements are under the direction of C.H. Boudreau Funeral Home Ltd. in Arichat.

A Memorial Tree was planted for Gerald Francis
We are deeply sorry for your loss ~ the staff at C.H. Boudreau Funeral Home
Join in honoring their life - plant a memorial tree
Online Memory & Photo Sharing Event
Online Event
About this Event

Look inside to read what others have shared
Family and friends are coming together online to create a special keepsake. Every memory left on the online obituary will be automatically included in this book.
View Tribute Book
Share Your Memory of
Gerald Francis
Upload Your Memory View All Memories
Be the first to upload a memory!
Share A Memory
Plant a Tree