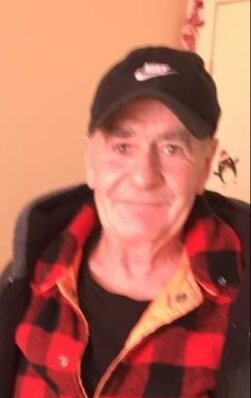 Please share a memory of Paul David to include in a keepsake book for family and friends.
View Tribute Book
ELLIOTT, Paul David, 66 of Louisdale It is with deep sadness and broken hearts that we announce the passing of Paul David Elliott of Louisdale that occurred at his home on April 28th, 2022. Born in England, he was the son of the late John Leslie and Margaret Julia (DeRoche) Elliott. Paul is survived by his 2 sons Aaron Doiron, Port Hawkesbury, Ryan Doiron, Louisdale; granddaughter Sophia; sister Madeline Elliott, Louisdale and brother Peter Elliott, D’Escousse. Paul was simply one of a kind. He had more lives than a cat and more zest for life than people a quarter of his age. He loved racing down the road on his beloved pedal bike in search of a good time! Never one to be content with Boredom, he always kept things interesting. He loved his sons with all his heart, and was a very happy and proud grandfather to the family’s newest edition Sophia. Besides his parents, Paul was predeceased by his brothers Breton, Neddie; sister Cynthia and good friend Kenny Fougere. Cremation has taken place. There will be no visitation or funeral per request. A burial will take place in St. Hyacinth Cemetery, D’Escousse at a later date. Memorial donations in memory of Paul can be made to the family. Funeral arrangements are entrusted to C.H. Boudreau Funeral Home Ltd., Arichat.

A Memorial Tree was planted for Paul David
We are deeply sorry for your loss ~ the staff at C.H. Boudreau Funeral Home
Join in honoring their life - plant a memorial tree
Online Memory & Photo Sharing Event
Online Event
About this Event

Look inside to read what others have shared
Family and friends are coming together online to create a special keepsake. Every memory left on the online obituary will be automatically included in this book.
View Tribute Book
Share Your Memory of
Paul David
Upload Your Memory View All Memories
Be the first to upload a memory!
Share A Memory
Plant a Tree