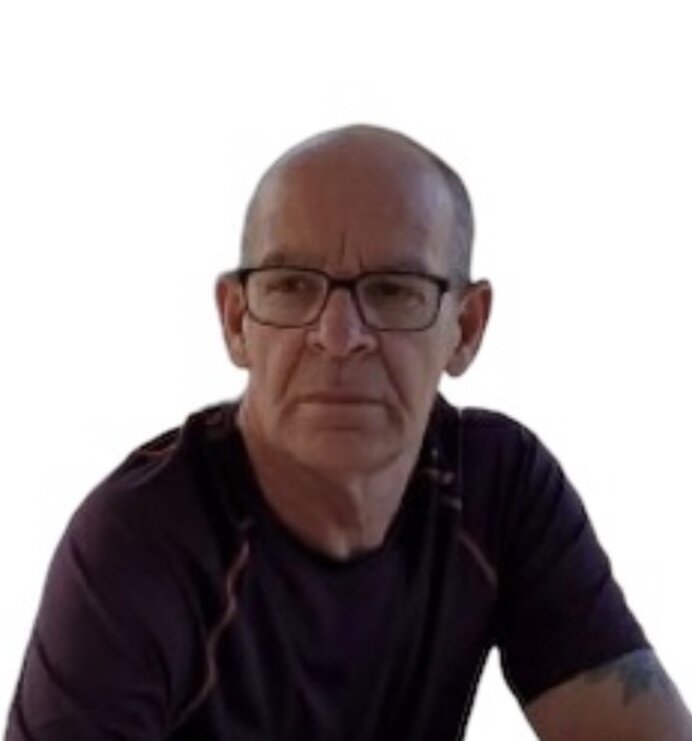 Please share a memory of James Paul to include in a keepsake book for family and friends.
View Tribute Book
It is with sadness that we, the family, announce the passing of James Paul Poirier of Halifax, formerly of Louisdale occurred at the QE 11 Health Science Centre in Halifax on December 21, 2022, at the age of 66 years. Born in Halifax on March 3, 1956, he was the son of Patricia (Power) Poirier, Arichat, and the late Joseph James Poirier. Paul took great pride in his work as a professional painter until a workplace injury ended his career. Cheticamp was home for a few years, where summers were especially enjoyed with his wife and extended family. Fishing and listening to music were his favorite pastimes. Trips to Florida and Ontario to spend time with the grandchildren were special! The loss of his right leg years ago began a life of chronic pain and emotional turmoil. Throughout this difficult time, he remained positive and kept his sense of humor. Following the death of his wife in 2019, he faced the ultimate challenge of living life on his own. From then on, the support and company of family and friends were much appreciated. Coffee time with Bobby and Ambrose was always welcomed. Family time was treasured and gave him joy and laughter. Paul was a gentle, loving, and generous soul and will forever be missed by his family and friends. Paul is survived by his stepson Robert Sine (Tracey), Brockville, Ontario; stepdaughter Freda Vanfeggelan (Todd), Kentville; step-grandchildren, Alexander, Samuel, Nicholas, and Christian Sine, and Anneka, and Luc Vanfeggelan; sisters Debra Molloy (Gordon), Louisdale, Sharon Babin (Blair), West Arichat, and Andrea Maltby (Paul), Halifax; brother Michel Poirier (Heather), Riverview, NB; sisters in law Madeliene Aucoin (Joey), and Yvette Larade (Paul), both of Cheticamp, Annette Larade, Halifax; brother in law Ronnie Larade (Evey), St. Peter’s. He is also survived by nieces, nephews, and cousins whom he loved and who were an important part of his life…. Besides his father, he was predeceased by his wife Diane (Larade) Poirier, and step son in law Peter Vanfeggelan. Cremation has taken place. There will be no visitation per request. The funeral service will be held in St. Louis Church, Louisdale on Saturday, January 7th, 2023, at 11 am, with Rev. Duncan MacIsaac officiating. A private family committal will be held in Cimetiere St. Pierre de Cheticamp at a later date. Tributes, words of comfort, and memories of Paul may be shared with the family at www.chboudreau.com Funeral arrangements are entrusted to C.H. Boudreau Funeral Home Ltd., Arichat.
Saturday
7
January

Look inside to read what others have shared
Family and friends are coming together online to create a special keepsake. Every memory left on the online obituary will be automatically included in this book.
View Tribute Book
Share Your Memory of
James Paul
Upload Your Memory View All Memories
Be the first to upload a memory!
Share A Memory
Plant a Tree