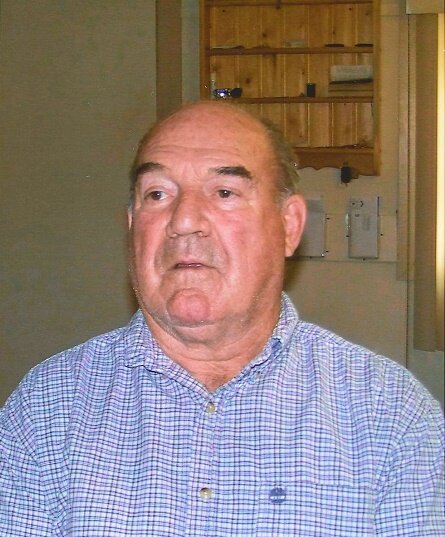 Please share a memory of Charles Chuck Esau to include in a keepsake book for family and friends.
View Tribute Book
It is with deep sadness that we announce the passing of Charles “Chuck” Esau of Sydney Mines, formerly of Arichat, that occurred at The Harbourview Hospital on May 5, 2022. Born in Gravenhurst, Ontario, on August 24, 1934, he was the son of the late William Robert and Beatrice “Marie” (Caron) Davenport. Dad joined the RCAF in January of 1953 at the age of 18, originally a fighter pilot, he changed his career path to an aircraft electrical/electronics Journeyman. He was posted in Quebec, Ontario, Alberta, Manitoba, France, and Belgium. While visiting his brother Art at the Muskoka Hospital in Gravenhurst, Dad met Constance “Connie” Binet. They were married on October 19, 1957, in Arichat, Nova Scotia. Dad was stationed in Gimli, Manitoba when they started their family, welcoming Gerald “Gerry” (1958), Marie (1959), and Karen (1961). In 1961 he was transferred to Marville, France where he served with the 2nd Fighter Wing Squadron. In 1963, their son Charles “Chuckie” was born in Bistroff, France. In 1964 the family transferred to Saint-Mard, Belgium where Dad served with the 1st Fighter Wing Squadron. In April, they welcomed their fifth child, Micheal. Dad was transferred to 4 Wing Cold Lake, Alberta in 1965. In May, 1966, their daughter Marilyn was born. In 1970, Dad was posted to Shearwater, Nova Scotia. The family packed up and moved across the country. While stationed at this base he did a stint on HMC Preserver & HMC Iroquois, performing maintenance on the Sea King helicopters. In 1977, Dad received the Canadian Forces Decoration and Bar. During his time in the forces, Dad did a lot of survival training. He loved telling stories of how he ate squirrels, chewed tree sap for gum, and other “odd” survival skills. He was a dedicated volunteer, involved with Search and Rescue, firefighting, and officiating hockey throughout Central Alberta, Dartmouth and Shearwater, serving many terms as President. Dad was a marathon runner, participating in many runs, including the Johnny Miles Marathon in 1975, which he won. He also tried out for the Montreal Olympics. After his retirement from the forces in 1977, Mom and Dad purchased the Acadian Campsite in Arichat, during this time Dad also worked for Atomic Energy of Canada and Air Atlantic at the Halifax Airport before transferring to Newfoundland for a few years. Upon return to his home in Arichat, he was involved with Search and Rescue, the volunteer Fire Department, Meals on Wheels, RCL Branch 150, the Red Cross and the Horizon Seniors Club, where he was President. Dad received many accolades and certificates honouring his dedication to Volunteering. Starting in 1988, he managed the National Bowling Lanes in Port Hawkesbury and Louisdale. Dad was involved in church, attending regular services. He l loved the outdoors, enjoyed fishing and gardening; he was very proud of his flower beds. He also loved whittling, and carving many objects, birds and animals. In January 2019, with his health failing, Dad moved to the Veterans Wing at Harbourview Facility in Sydney Mines. Dad passed away peacefully with family by his side. Thanks, and appreciation to Kim, Liam and Cindy for being there for him. Dad is survived by his sons Gerry (Janice), Lloydminster, AB, Chuck Davenport, Rocky Mountain House, AB; daughters, Karen, (Terrance Fortune), Arichat, NS, Marilyn Tames, Rocky Mountain House, AB, daughter-in-law Kim Davenport, Port Hawkesbury, NS; grandchildren, Kyle (Jamey), Alyson (Cam), Candace, Chad , Wesley (Courtney), Katelyn (Stephen), Jessica (William), Isaac (Helena), Melissa, Liam, Ashley (Brandon); great grandchildren, Brogan, Sophia and Paige; special grandpa to Keagan and Brendan; brother Art (Maureen), Peterborough, ON., and sister Christina of Callander, ON. He was predeceased by his wife Connie (Binet) Davenport; daughter Marie Forgeron; son Micheal; sisters Florence, Theresa, Donna and Louise; sons in law Ron Ritcey and Tim Tames. We wish to thank the staff at the Harbourview Facility Veterans Ward for the wonderful care Dad received. He truly enjoyed being there and made a great friend Percy, who made sure that Dad played crib on a daily basis and encouraged participation in activities in the home. To Deacon David Lewis who sat with Dad and the family for prayers and support, also to Father Fabian Ihunegbo who administered the Last Rites. We would also like to thank Norma and staff at C. H. Boudreau Funeral Home for their support and services during this difficult time. Donations in lieu of flowers may be made to the RCL Branch 150 in Arichat, Parkinson’s Society or to the Diabetic Association. Cremation has taken place. There will be no visitation per request. Funeral Mass to Celebrate the Life of Chuck will be held July 25, 2022 at 11:00 AM in Our Lady of Assumption Church in Arichat, Nova Scotia. Burial to take place in Our Lady of Assumption Parish Cemetery. Reception will be held at The Royal Canadian Legion Branch 150 in Arichat, following the committal. Funeral arrangements are entrusted to C. H. Boudreau Funeral Home Ltd. Arichat. Dad will be greatly missed by family, friends and all who knew him. Deeply loved, and forever in our hearts. Tributes, words of comfort and memories of Chuck may be shared with the family at www.chboudreau.com
Monday
25
July

Look inside to read what others have shared
Family and friends are coming together online to create a special keepsake. Every memory left on the online obituary will be automatically included in this book.
View Tribute Book
Share Your Memory of
Charles Chuck Esau
Upload Your Memory View All Memories
Be the first to upload a memory!
Share A Memory
Plant a Tree